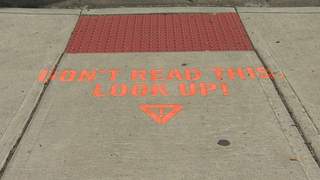 The International Sustainability Institute has recently been studying streets and alleys in Pioneer Square to determine how to make them safer and more usable for pedestrians. Their report, the Pioneer Square Active Streets Strategy, makes note of deficiencies and provides recommendations for improvements.

Salty’s has chosen Feet First to spotlight at this month’s fundraiser next Tuesday, June 11, from 6:30 to 9:00 PM. To participate in Salty’s Tuesday Tune-Up, hop on the water taxi leaving downtown Seattle and take the 10 minute trip to West Seattle.

A new report that encourages older adults to walk includes findings from the University of Washington’s schools of nursing and public health. Researchers, who interviewed older adults with mobility disabilities, found that poorly lit neighborhoods, a lack of public transportation, and poor sidewalks limit walkability for this population.  Be sure to check out the wayfinding guide, which shows people how to assess their own neighborhoods.

The 29th Annual Night Out Against Crime will take place August 6. Registration is now open, and participants must register to have their street closed for the event.

After city officials in three Florida cities started a series of morning walks that became popular with residents, those participating in the walks began paying attention to ways to make the city walkable for everyone.

Last week, a man in California was arrested for spray-painting his own crosswalk across a busy intersection.

Residents in New Haven, CT who find themselves about to cross the street while looking at their phones might think twice about their decision. New warning on the streets, which say “Don’t read this, Look up!” are aimed at distracted pedestrians.

Walk Score has now teamed up with Esri, which provides geospatial analysis tools, to give healthcare professionals access to Walk Score data for their patients.

Officials in the Bay Area tried to reduce pedestrian deaths in dangerous intersections by removing crosswalks, rather than by improving them with lights and signals. State Route 82 has proven to be the deadliest for pedestrians, taking 18 lives in five years. Many of the crossings either use only paint on a sidewalk, or worse, they do not allow enough time for the pedestrians to cross.

A new all-way crosswalk, called a pedestrian scramble, was recently unveiled in Chicago. The crosswalk will be all-way for about 35 seconds every third light cycle and will otherwise operate more traditionally.

Students at Rice University have created a pair of shoes, called PediPower, that allow walkers and runners to create and store kinetic energy.

Residents of Istanbul are trying to protect a little park at the center of the city, which became the spark for nationwide protests.

Windsor, Ontario is trying to become more pedestrian-friendly, despite being Canada’s automotive capital. Four lane roads are shrinking to two lanes, and sidewalk bulbs keep cars from nudging into crosswalks.

A new charging system for electric buses, which flash-charges the onboard batteries in 15 seconds, will soon be piloted in Geneva, Switzerland. The bus will be able to continually top off its charge as it loads and unloads passengers, and it won’t produce local emissions.

As a part of a campaign called “His Majesty, the Pedestrian,” volunteers dressed as royalty in Brazil escort pedestrians across busy intersections.

Officials in China are trying to crack down on jaywalking, even though almost 3,000 people were caught violating the new rules on the first day they were implemented.

Game of Thrones fans can now participate in a walking tour of Dubrovnik to see the locations used in the hit tv series.