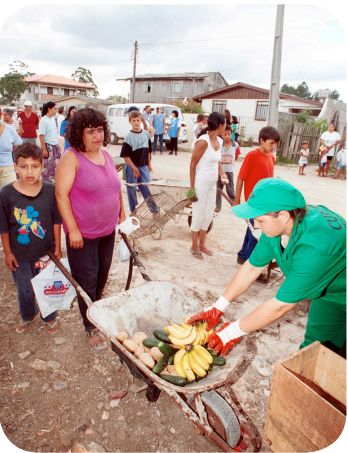 The Pacific Northwest’s 2013 Powerful Business Energy Conference will be held May 23 at the Meydenbauer Center in Bellevue. This year’s conference will include sustainability expert Judith Heerwagen as the morning keynote speaker, with a presentation titled Changing Energy Behaviors: The Physical System Meets the Social System.

Seattle is currently deciding how to upgrade 23rd Avenue in the Central Area, which one writer is essentially a decision between cars or people given the lack of space. Read more about the overall project and view materials from a recent open house on the SDOT website.

How might Taipei help urban issues in Seattle? Read about a few tips Seattle could take from Taipei, including the following: 1. Density requires open space, 2. Don’t be afraid of signage, 3. Embrace street food, and 4. Unconventional retail configurations can succeed in unexpected ways.

One writer posits that urban sprawl might aggravate flooding, using the recent floods in the Midwest as an example.  For instance, impervious surfaces give water no place to go, especially in areas with huge parking lots rather than green, walkable neighborhoods.

Registration is open for the National Health Impact Assessment Meeting this September in Washington, DC. The conference will focus on factoring health into projects and policies, including transportation, environment, education, housing, and agriculture.

Read America Walks’ letter to the US Surgeon General on the proposal call to action on walking. The letter, which organizations are encouraged to support, suggests that the call to action focus on walking and walkability, which includes equal access for all to walk and connecting people and places with walking.

A recent study from the Centers for Disease Control found that regular exercise, such as walking, might be one of the most effective ways to ward off dementia in seniors.  However, many seniors do not have access to walkable communities, and other numbers show that pedestrians over the age of 75 are much more likely to be killed while walking.  The full CDC report looks at all motor vehicle traffic-related pedestrian deaths in the United States between 2001 and 2010.

Walk Score declared Sydney the most walkable city in Australia after rating more than 100 cities and 3,000 suburbs. Melbourne, Adelaide, Brisbane, and Perth rounded out the top five.

Feel like taking a walk somewhere abroad? Read about nine different walks around Europe, including a canal walk in Berlin, a promenade in Paris, and an art walk in Prague.

Atlantic Cities highlights five sustainable infrastructure projects worthy of our attention. In Lagos, Nigeria, for instance, a bus rapid transit system is not separated from other traffic for 85 percent of the route.  And in Curitiba, Brazil, community incentives to recycle include bus passes and free local produce.

Photo courtesy of the United Nations report “City-Level Decoupling” via The Atlantic Cities.