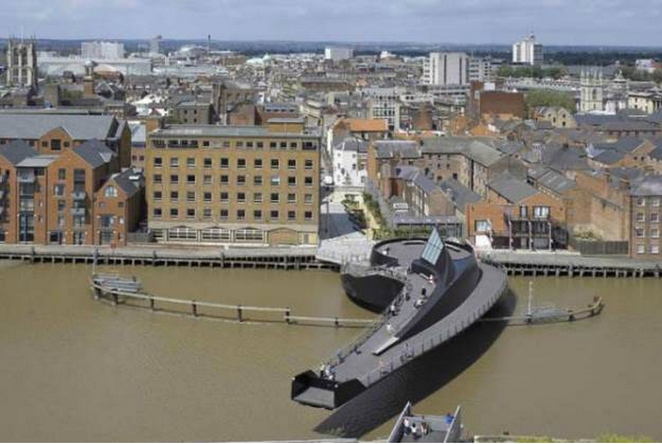 Bell Street Park in Belltown is now open to pedestrians, after completion of the first block of the Bell Street Park project.  The park, which covers 56,000 square feet, will include features such as enchanced pedestrian-friendly LED lighting. A celebration of the park’s opening will take place at the National Night Out event on August 6, 2013 on Bell Street from 1st 3rd Avenues.

Lynnwood is trying to establish a thriving downtown area in anticipation of the future Lynnwood Link Station. The city is currently working to improve street plans and transit in the area, which includes making most areas more pedestrian-friendly.

The former long-time mayor of Chicago, who often focused on sustainable development during his terms in office, started a new company to aid cities interested in money-saving infrastructure investments. The company, The Sustainability Exchange, will focus primarily on energy efficiency, water treatment, waste management, and transportation.

A new campaign in Denver called “Heads Up” is meant to encourage pedestrians, drivers, and bicyclists to pay attention to their surroundings. Advertisements in both English and Spanish have been placed around the city, and bright green bracelets were given to students so they can wear them as a reminder to pay attention.

Watch an old video from 1968 that touts San Francisco’s BART system as a “dream for tomorrow.”

The National Complete Streets Coalition will be celebrating 500 Complete Street policies on the books in the United States. They will show a live video stream of the celebration on Wednesday, August 14, from 2:00 – 4:00PM. Event speakers will reflect on the current communities with policies and look ahead toward what’s next for the movement.

A designer recently created a map that re-imagines L.A.’s freeways as subway lines. The poster of the map contains 31 freeways, 75 interchanges, and over 850 exits.

Chicago’s Metropolitan Planning Council is trying to make Union Station into a destination for train travelers. The public has the opportunity to vote on 25 proposals for potential improvements to the station.

A moving pedestrian bridge in Hull called the Scale Lane bridge adds an element of fun to a leisurely walk around the city. However, not much development resides on the other side of the bridge, so pedestrians currently use it as a destination rather than as a means to an end.

A new reports argues that smartphones will replace tickets as the preferred way of paying for transit within the next five years. Much of this growth will occur in the United States, following others markets in Asia and Sweden, for example.

A fifth of rail commuters in London are forced to stand during the busiest times of morning rush hour. Some trains are now carrying 60% more passengers than they were designed to hold. The rail industry does plan to increase peak-time seats by almost a third by 2019.

The $22.5 billion Riyadh Metro Project was unveiled at a grand ceremony late Sunday in the capital of Saudi Arabia. The project, once implemented, will reduce congestion on Riyadh’s roads and in its suburbs.