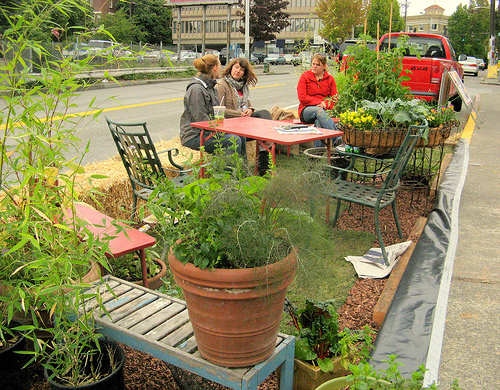 Many Seattle elementary students at 30 schools now have safer and improved walking routes through the Safe Routes to School Program. This program works closely with staff, students, and parents to help make biking and walking safer and more accessible to everyone.

The University Link may open five months earlier than its planned opening date of September 2016.

Although Florida has one of the highest pedestrian injury rates in the country, Gainesville is now the exception a few years after a pedestrian safety program was started. Drivers began to follow the rules more after the Gainesville police department started the program by stopping almost 100 cars in one hour for not yielding to pedestrians.

The Metropolitan Transit Authority in New York City choose the winner of its transit app contest. The top prize went to a London-based program that uses real-time transit data to plan trips

A recent survey of the Washington, DC area found that most people still drive alone, despite increased popularity in transit options. 45 percent of people commute alone in a car, with 34 percent using mass transit options and 8 percent biking or walking to work.

The Michigan Department of Transportation lead a three-hour walkability tour of New Buffalo on Friday, September 13. The group of about 20 residents and officials were prompted to observe the principles of walkability, which include safety, accessibility, comfort, sign placement, timing at crosswalk signals, and parking.

Montgomery County, Maryland is struggling to reach its goals for pedestrian safety; 11 Montgomery pedestrians have died so far in 2013 traffic incidents, up from six during all of last year.

A conference last Friday in New York City, the TEDCity2.0 conference, focused on redesigning cities to be safer, more inclusive, and more walkable. Video coverage of the event can be found on their website.

View pictures of the ways many people celebrated Park(ing) day around the world, with snapshots from Chicago, Seattle, and San Jose, as well as Karkow, Poland and Hamburg, Germany. Park(ing) day occurred on September 20, as metered parking spaces worldwide were transformed into mini parks for a day.

Public transport officials in Vienna, Austria have introduced a 50 Euro fine for people disturbing other passengers by eating smelly foods and talking loudly on phones.