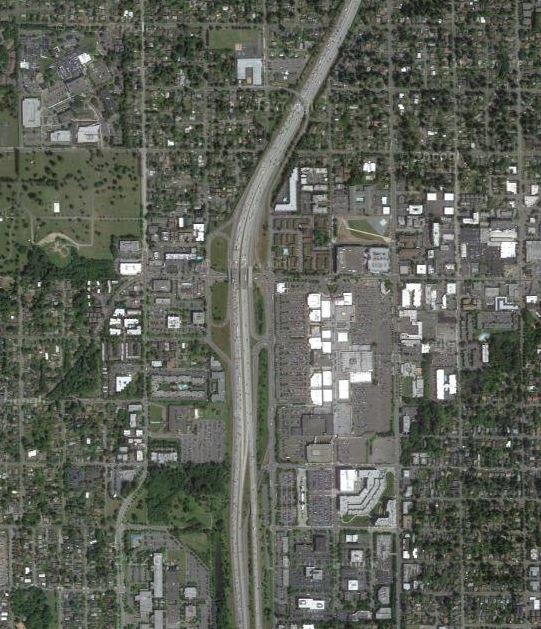 On June 28, the Sound Transit Board unanimously voted to expand funding for a balanced package of investments at the future Northgate Link Light Rail station that will make it safe and convenient for everyone to access the station by foot, bike, bus or car. This decision was not made arbitrarily, it was demanded by local Northgate residents who flooded public meetings and wrote comments asking Sound Transit to fund pedestrian and bicycle connections to the station. In contrast, Sound Transit’s original plan solely funded the construction of a new 600-900 stall parking garage.

We applaud Sound Transit for their decision to create a more balanced package which addresses the needs of the 92 percent of Link Light Rail riders who will access the future station by foot, bike, and bus.

Specifically, Sound Transit has committed to:

Sound Transit should be applauded for working to ensure that their Link Light Rail stations remain safe, convenient, and accessible by foot, bike, bus, and car so that all riders have the freedom to choose how to get where they need to go.

We would also like to thank Seattle City Councilmember Richard Conlin and Seattle Mayor Mike McGinn for their leadership in standing up for Seattle and fighting for a fair deal for Northgate. Additionally, Sound Transit Board Chair Pat McCarthy and Fred Butler, Chair of Sound Transit’s Capital committee, also deserve praise for their hard work crafting the details of the access strategy.

Finally, our friends at Cascade Bicycle Club, Sierra Club, and the Maple Leaf and Pinehurst Neighborhood Councils also deserve recognition for their role in this campaign. And, of course, we would most importantly like to thank the hundreds of Feet First supporters and Northgate residents who made this funding package possible by writing letters and turning out in droves to public meetings to demand a fair share for the 92 percent of people who will access the future station by foot, bike, and bus. Together, we helped give our elected officials and decision makers the support they needed to do the right thing.

In the months to come, Feet First will continue to work to ensure that all Link Light Rail stations are made as safe and convenient for pedestrians as possible. We will monitor the plans for the future Northgate station to ensure that the interests of pedestrians are indeed prioritized throughout the design and construction process. Sound Transit, King County, and the City of Seattle are also still working to secure an additional $10 million for the construction of the pedestrian/bike bridge, and so we will continue to stay involved in order to ensure that every effort is made in order to find that funding. Finally, we will continue to advocate for similar pedestrian improvements at future Link Light Rail stations so that all riders will have the freedom to choose how to access all of the new stations.

The more accessible stations are, the more they benefit the communities around them. That’s because transit stations aren’t just departure points, they’re also destinations. Stations that offer safe and pleasant walking and biking connections to neighborhoods bring people to shops, restaurants, and family entertainment. Walkways and bike paths are the most cost-effective way for Sound Transit to make stations accessible to more people and ease the strain on parking lots.

Sound Transit provides an affordable, efficient, and convenient means of transportation which benefits all types of people throughout King County, from downtown business leaders to families on their way to the ball game to working class wage earners. As our Link Light Rail network expands north, south, and east, more and more people will be connected to destinations throughout King County and ridership will continue to grow. This is a big step forward and Feet First plans to continue to work with Sound Transit to ensure that they build stations that are safe, accessible and inviting for all people whether they choose to walk, bike, bus, or drive.

To keep doing our important advocacy work, like we did in Northgate, we need your support. Become a Feet First member today!