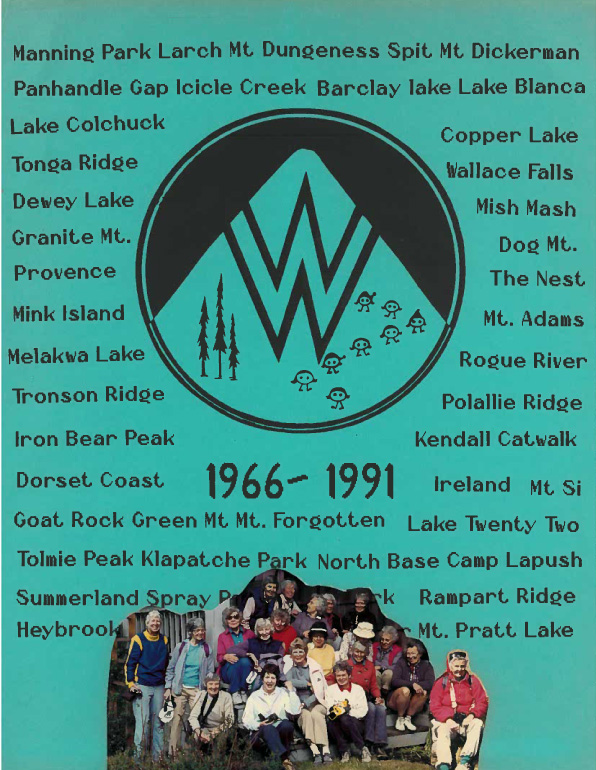 Story from the Sole: Jane Stevens and the Wednesday Walkers 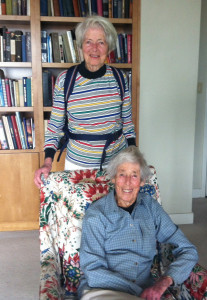 Wednesdays were always the high spot of the week, explains Mrs. Stevens; they certainly were,  adds her sister Mrs. Campbell. The sisters have such an affection for Wednesdays because weekly, for nearly fifty years, a group of women calling themselves the Wednesday Walkers have convened for a day hike in the Pacific Northwest. My grandmother, Cork Foster, was a Wednesday Walker and spoke of the group in a way that always captivated me. Since spouses and kids were excluded, we wondered from the outside about the nature of these Wednesday walks.

I visit Mrs. Stevens at Seattle’s Horizon House and am immediately taken by her vivaciousness and humor. It is a wonderful surprise that her sister and Wednesday Walker co-founder is over for a visit as well. She begins by showing me the bible, a book of Pacific Northwest Hikes, now barely intact, and points to the page with the first Wednesday Walker hike: Sheep Lake and Sourdough Gap in the Snoqualmie region, which follows the Pacific Crest Trail. Next to the hike description is the year 1966 and the word ladies. 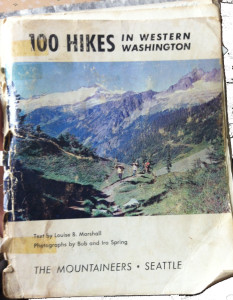 Since the mid-sixties, Wednesdays have always been booked for Mrs. Stevens. Walk leaders rotated yet there was always a desire for simplicity and to minimize organization since the walkers were charged with leading home life. The sisters recall Wednesday Walker Stew, a popular recipe for hike day. It was the original crock pot and meant that the walkers could prepare dinner before leaving for a hike, let it simmer all day, and return ready to put food on the table.

The Wednesday Walkers were of a specific moment in history. They were comprised primarily of non-working women who yearned for a mid-week break from domestic life: Wednesdays were about freedom, no children, just friends. They recalled one walker, a mother of five, who felt that the walks kept her sane. 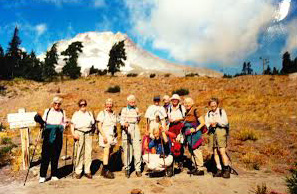 Donning her hiking backpack, Mrs. Stevens is appalled that I don’t know the Ten Essentials, a list first assembled in the 1930s by The Mountaineers, a Seattle-based organization; everybody knows about the ten essentials! Despite their role as caregivers, these women were not to be underestimated as they climbed some of the Northwest’s tallest peaks. There was a high standard of toughness. Mrs. Stevens and Mrs. Campbell recall that no one complained. Upon returning to the trailhead women would pull bloodied and blistered feet from their shoes.

Mrs. Stevens still walks on Wednesdays, although the scope has changed with weeks alternating between easy and challenging. Walks may begin at the retirement home Parkshore and take the women a few blocks away for a picnic lunch. I return to Mrs. Steven’s apartment on a Wednesday to look at old photos shared by fellow Wednesday Walker Peggy Steele earlier that day during a challenging walk on the Eastside. In each she points out my grandmother, who led a walk just six months before her death. She updates me on the walkers with complete frankness: alive, dead, bad knees, bad heart. While Dr. Stevens makes us drinks and laments that husbands still aren’t allowed; I learn that grandchildren are now welcome. 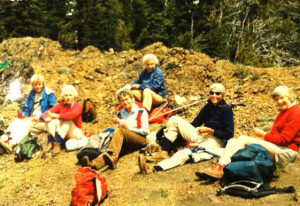 For an upcoming Story from the Sole, I joined my aunt and the next generation of Wednesday Walkers for an early morning walk downtown.