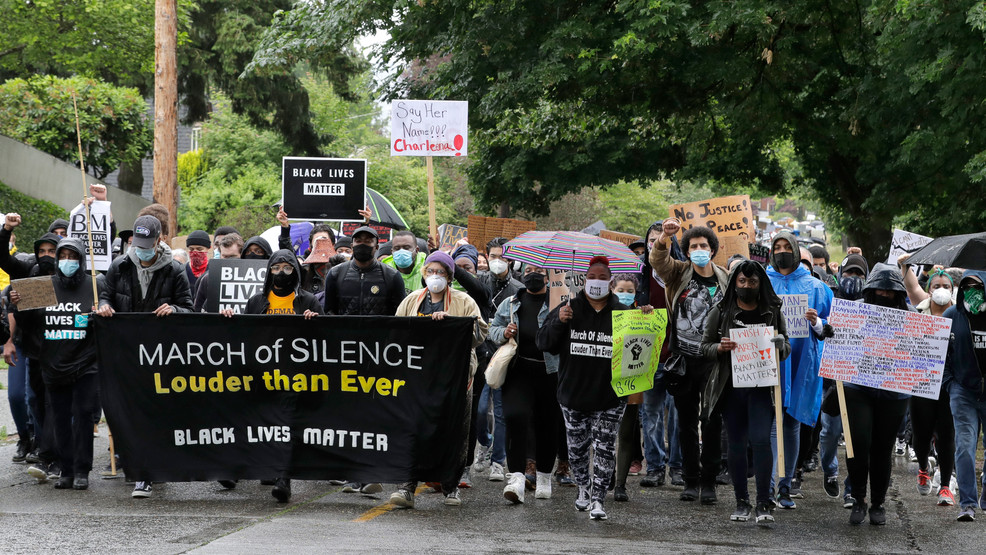 Our Communities are Not Walkable in the Absence of Racial Justice

Feet First is a statewide organization that promotes walkable communities in Washington. In the last few weeks we have seen again and again that our black neighbors are denied the fundamental human right to move about one’s community on public streets and trails without fear. Ahmaud Arbery was accosted and killed while jogging by white vigilantes. A white woman called the police on birdwatcher Christian Cooper, hysterically claiming she was being “threatened by an African-American male.” If police had responded would he have faced the same treatment as George Floyd? Detained and brutally killed on the street by police.

It can be tempting to think that such incidents are an aberration or unusual — or that it could not happen here in Washington. But that denies our own history.

We know that racial discrimination and white supremacy are real in our state. We know that black men are more likely to be reported as suspicious in our communities.  We know that men or women from African immigrant communities are more likely to be singled out and harassed while walking based on their appearance and clothing. So-called “sit-lie” laws and anti-loitering statutes are driven by a motivation that some people are considered suspicious for simply existing on our streets and in our public spaces. Black men limit their activity in white neighborhoods to avoid harassment, having to deal with law enforcement, or — as in the case of Ahmaud Arbery — homicidal attack. Merely being in public exposes people of color to the unjust fear and bias of the larger community.

We stand with those who call for racial justice. We call on the supporters of our organization, and supporters of walkable communities generally, to recognize that our movement must include the call for racial and social equity. That we must listen to and engage with the communities most affected, and to seek to understand how our actions can contribute to racial discrimination, even if not our intention. Finally, we must use our voices, and work in coalition with others, to strive for lasting change. Our goals for safe and healthy communities will never be realized if a portion of our community must exist in fear on our streets.