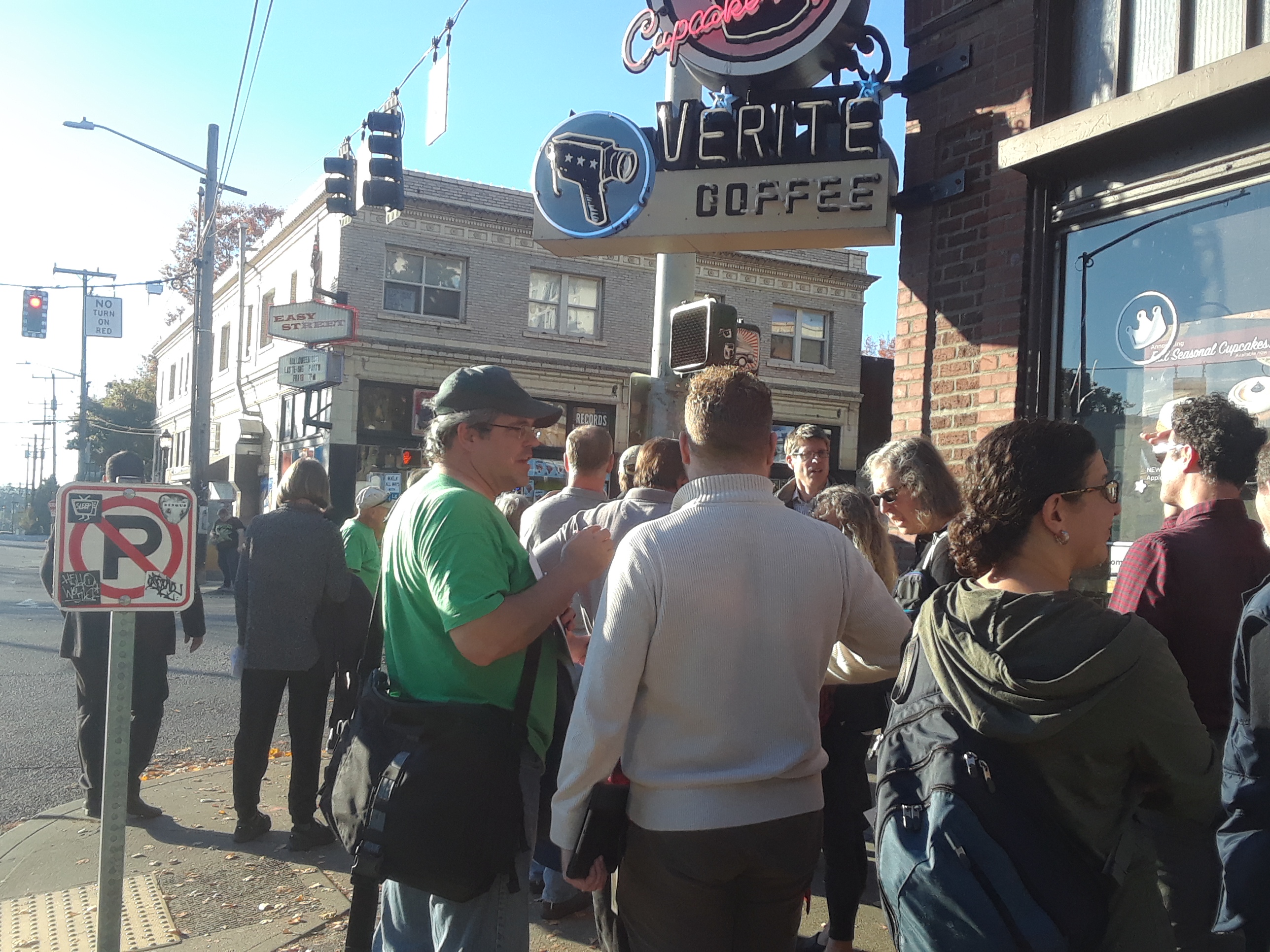 On the evening of October 16, Feet First sponsored a Walk & Talk to tour potential future light rail stations in West Seattle. Sound Transit is currently evaluating and gathering public input on these potential station sites at West Seattle Junction, Avalon, and Delridge. Their final choices will have big implications for how West Seattle evolves over the coming decades. This walk provided an opportunity for participants to learn about the tradeoffs between the various site alternatives and how to ensure good walking access to the Sound Transit light rail system and within the surrounding community. 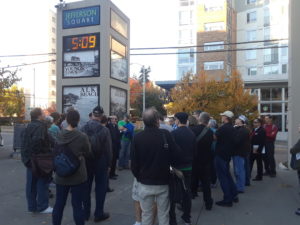 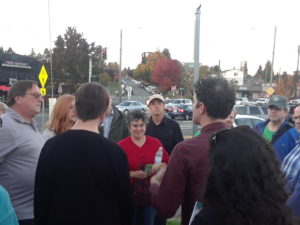 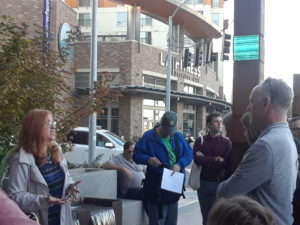 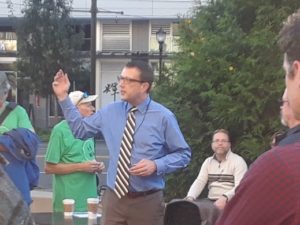 The walk began by examining several alternatives for West Seattle Junction. The most likely station locations included 41stAvenue SW or 42ndAvenue SW just south of Alaska Street. The West Seattle community strong prefers an underground tunnel station here. However, the tunnel option would increase the cost of the alignment by several hundered million dollars, so Sound Transit is also considering an elevated line. There is strong potential for promoting Transit Oriented Development around the future station here. There was also discussion of promoting east/west pedestrian connections, including improvements to Alaska Street and fostering the development of a mid-block walking corridor just to the south. 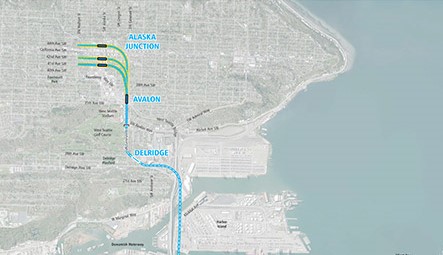 The walk proceeded to the Avalon station site. Nearby is an SDOT street project which would make the street more friendly towards pedestrians. The project is currently on hold pending the selection of station site for the future Avalon station, so as to allow the project to be designed to complement the eventualy station design. Taken together, Avalon Station and improvements to Fauntleroy Way project could greatly promote improved walkability in a part of West Seattle that is not currently very amenable to pedestrians.

The walk concluded at the proposed Delridge station sites. This station will be an important transfer point with bus service along Delridge Way, including a future Rapid Ride line currently under development. There is also good potential for new Transit Oriented Development here, although this is controversial in that it would seriously disrupt the existing residential neighborhood.

The West Seattle Extension is part of the regional ST3 package that voters approved in November 2016. This light rail extensions will provide fast, reliable light rail connections to residential and job centers throughout central Puget Sound. Service is currently scheduled to begin in 2030.

Sound Transit will be reviewing and gathering public input on the remaining alternatives through early 2019. At the conclusion of this analysis next spring, the Sound Transit Board will identify a preferred alternative to examine more closely in a Draft Environmental Impact Statement. Feet First has been involved in this planning process all year, participating in Sound Transit-led design charrettes and providing comments and feedback. Our involvement will continue as this important project moves forward.