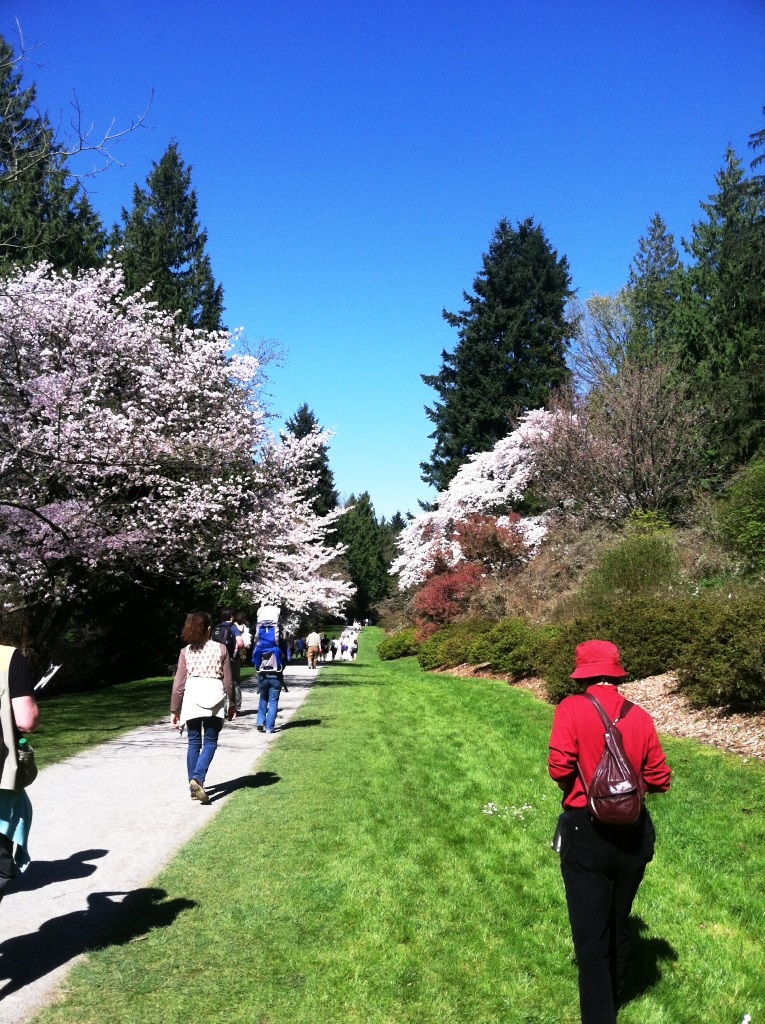 A (Weekend) Walk in the Park

The next time you find yourself with a Sunday afternoon open, consider dropping by the Washington Park Arboretum for a free guided tour of the 230-acre park nestled along the shores of Lake Washington in northwest Seattle. The hour-and-a-half long walk is leisurely and the tour enlightening. 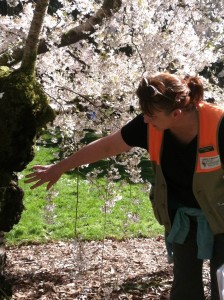 After trailing a University of Washington Botanical Garden (UWBG) guide under trees heavy with newly blooming buds and around bushes whose branches twist and turn like melted glass, you’re sure to leave the park wide-eyed and desperate to share your experience and newly acquired knowledge with others. In fact you may begin most of your post-tour interactions with did you know¦?

Did you know, for example, that the 230-acre grounds were designed by the Olmsted brothers of Central Park fame? That the Magnolia dates back to a time before bees and so this ancient flowering tree is pollinated by beetles and ants? Did you know that the Chinese Honey Locust, though covered in sharp, seemingly-threatening thorns is one of the 50 fundamental herbs in Chinese medicine, used to treat a variety of maladies including asthma, epilepsy and cancer? As UWBG tour guide Catherine Nelson noted during a spectacularly sunny afternoon tour in March, it’s a whole hospital in one tree. 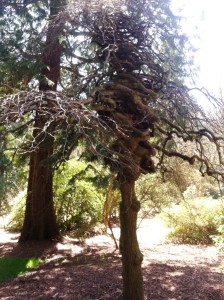 In keeping with the month’s theme, Catherine led the group on an engaging tour of her favorite plants in the park. She steered walkers towards trees native to Pacific Northwest soil and pointed out foreign plants far from home.  The group of city residents and out-of-town visitors (young and old, two-legged and four) gazed up in awe at a towering Mountain Sequoia and posed for pictures in front of a knotted Camperdown Elm.

The walk ended under the flowering canopy of cherry trees along Azalea Way. While the cherry tree is not technically one of Catherine’s favorite plants, she couldn’t resist bringing the tour to a close with this crowd-pleasing favorite.

No two tours are the same as repeat walkers can attest Seattle locals John and Penny Vick have taken Catherine’s tour four times since their first visit.  The theme changes each month and tour guides undergo yearly enrichment training to enhance their already rich repertoires. Check it out for yourself! This month’s theme is the sure-to-be popular Buds & Blooms.